Qantas and American Airlines JV Gets Nod from ACCC 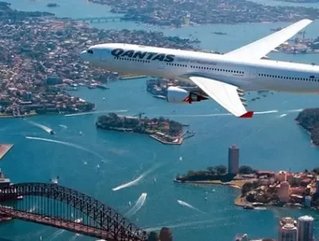 Qantas and American Airlines have been given interim authorization from the Australian Competition and Consumer Commission for the airlines’ proposed joint venture for trans-Pacific routes.

Under the proposed agreement between Qantas and American, the airlines will coordinate operations on services between Australia, New Zealand and the United States, and on their respective services which support the trans-Pacific routes.

The two carriers have been code sharing flights to 54 destinations in the United States, Canada and Mexico for 13 years, but since they do not currently compete directly on any routes, the competition watchdog has enabled the parties to work together on sales and marketing campaign in both Australia and the United States. The new joint venture is certainly not revolutionary, but it means that cooperation and communication between both airlines should be improved.

Qantas recently commenced services to Dallas/Fort Worth and has sought interim authorisation to support this service.  “The granting of interim authorisation in no way binds the ACCC in its consideration of the substantive application for authorization,” the ACCC said. This decision allows cooperation on Qantas’ new Dallas route.

Authorisation provides immunity from court action for conduct that might otherwise raise concerns under the competition provisions of the Competition and Consumer Act 2010. Broadly, the ACCC may grant an authorisation when it is satisfied that the public benefit from the conduct outweighs any public detriment.

The ACCC has sought submissions from interested parties on Qantas and American Airlines' substantive application for authorisation. The regulator will draft a decision in August or September.