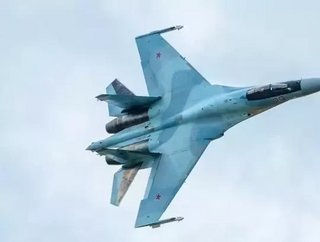 Viewing the potential in which US and EU sanctions have imposed against Russia, Indonesia has recently taken advantage by signing a new MOU with the country.

The country has recently signed a new Memorandum of Understanding with Russian state conglomerate Rostec, which will see the company trade 11 Russian Sukhoi SU-35 fighter jets, in exchange for essentials, such as coffee, tea and palm oil. Indonesia now houses 27 jets, following on from its purchase of 16 Sukhoi jets back in 2003.

Signed in Moscow, the deal will benefit both sides and allow economic growth. With increased pressures placed on Russia, Indonesia is sure to benefit from such trade deals and ensure further partnerships. Last year alone saw Indonesia gain a $411 million trade surplus with Russia, according to The Times of India.

The country is now championing for further partnerships, in areas such as education, technology and aviation.

A statement from both companies has yet to be released, but spokesman Marolop Nainggolan said: "The idea was proposed last year, and some people suggested that Indonesia should trade the jets with our main commodities."

Indonesian Trade Minister Enggartiasto Lukita has also said - "It's an opportunity that should not be lost from our grasp," highlighting its importance for the Indonesian economy.