Power to the shareholder: Why ACSI’s proposals are a good idea 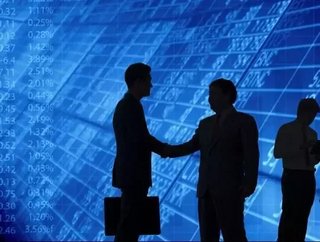 Shareholders in Australia are lobbying for greater power to have their concerns heard at AGMs – including on environmental and social issues.

The Australian Council of Superannuation Investors (ACSI), which represents super funds and institutions which manage around $1.6trn in assets, says shareholders should be able to place non-binding, advisory resolutions on the agendas of company’s AGMs.

It’s hoped this would help shareholders to properly vocalise and escalate concerns about environmental, social or governance (ESG) issues which at the moment companies may be failing to act upon.

The ACSI’s proposed reform would mean a non-binding, advisory resolution could be passed with 50% shareholder support, but would still require the backing of at least 100 shareholders, or shareholders possessing at least 5% of the company’s issued capital, before being put to investors.

At the moment shareholders in the US and Britain have broader powers and it’s thought by some Australia is lagging behind.

Business Review Australia spoke to Marianne Roux, Asia-Pacific Head of Consulting at Cirrus, for an upcoming publication about whether the reforms were likely to come to fruition and where the push was coming from.

“The main push comes from wanting to be responsible businesses and driving more sustainable outcomes. At the same time, the range, diversity and demands of stakeholders are growing in leaps and bounds.”

Roux also added that the campaign if successful will “bring Australia into line with practices we already see overseas”.

Roux was in full agreement with the ACSI’s proposal, saying: “I believe in radical transparency in order to create trust and collaboration with all stakeholders.” However, she added: “The important thing is that the issues are scoped carefully so that resolutions do not venture into areas of management of the company. These issues are for the board to resolve, not the shareholders. Out courts should, like in the UK, also have the power to block resolutions deemed ‘vexatious, frivolous of defamatory’. Sensible rules will help make this a useful mechanism rather than a blocking mechanism.”

Keep your eyes peeled for more comments from Marianne Roux, and the progress of the ACSI campaign, in 2018.