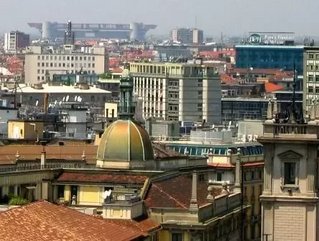 Shopping mall developer Westfield has announced its development into the European mainland with an agreement to acquire a 50 per cent stake in a shopping centre in Milan for A$160 million. The 60-hectare site in Italy has planning approval to develop regional shopping centre similar in scale and quality to Westfield London, the Australian-owned company said, even despite an Italian unemployment rate of 8.1 per cent and worries that the country cannot pay its debt. Westfield says Milan currently has a very low number of shopping centre space, making it an attractive target to build one of the largest malls in Europe.

The Westfield shopping centre will be adjacent to Milan’s Linate airport and is being acquired in joint venture with Gruppo Stilo, an Italian based developer and owner of major retail brands, majority owned by its founder Antonio Percassi.

Said Westfield Group Chairman Frank Lowy, “This acquisition represents a unique opportunity, notwithstanding the volatile financial markets at present, to establish our franchise in one of the wealthiest population centres in Europe. We believe that this site represents one of, if not the, best shopping centre development opportunities in Continental cities.”

Westfield recently announced that it’s moving into the Brazilian market, and will be involved in the World Trade Centre redevelopment in New York.