Maritime Union of Australia is Back at Work 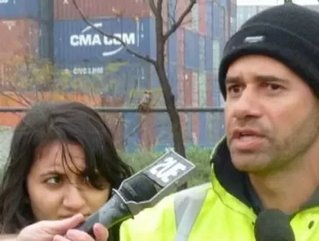 In the latest turn in its yearlong bitter dispute with ports operator Patrick Stevedores, the Maritime Union of Australia said it will lift its protected industrial action and return to work for Patrick in Sydney, Brisbane and Fremantle.

Despite its threat to continue its work ban that would shut down ports, MUA national secretary Paddy Crumlin said Wednesday night that the union had decided to stop its action due to the strong concerns of beef, cotton and mining exporters. Crumlin also said Patrick had inflamed the dispute by refusing to pay union members involved in partial work bans.

MUA workers have been in a dispute with Patrick over wages and conditions for the past year, and had planned to do limited work on the docks this week, but Patrick closed its terminals yesterday and no work has been done. The MUA has sharply criticized Patrick’s action to stand down workers at its container terminals in three cities when workers showed up for work ready to work, only to find that Patrick had stood down the workforce. In turn, MUA workers retaliated without working overtime or transfers.

Now Union officials say they’re prepared to sit down and bargain with Patrick in good faith to negotiate its desire for three annual 6 per cent wage rises, higher superannuation and more safety and training. Patrick has offered annual 4 per cent pay rises.

MUA Deputy National Secretary Mick Doleman said Tuesday that Patrick has refused to allow workers to undertake their duties, and have stood down the workforce.  “Patrick Stevedores needs to abandon its war on workers and behave in a constructive, co-operative fashion,” Doleman said.