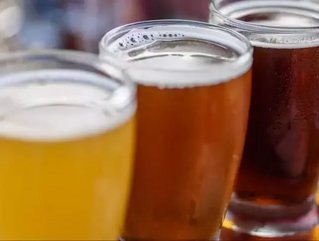 In a display of industry leadership, beverage giant Lion has stated that it wants to become Australia’s first zero-emissions brewery.

The company has pledged to meet this target according to the Australian Government’s official certification (Climate Active), one of the most rigorous and exacting accreditations currently on offer to businesses.

Originally setting a target to reduce CO2 by 30% by 2025, the company has stepped up its efforts to make it 100% by the same year.

“Speed is of the essence in stabilising the climate. That’s why, next year, we’re effectively throwing a safety net over our remaining operational CO2 footprint - giving consumers the confidence that our Australasian beers will be produced in carbon-neutral breweries,” Irvine stated.

The company estimates that 107,000 tonnes of carbon will be negated by the end of 2020; a strong statement to the industry and one which is very likely to be noticed by competitors, which Irvine hopes will encourage them to do likewise.

“Businesses can help drive change by undertaking Climate Active certification, signalling a commitment to an environmentally-sustainable future to consumers.”

Roaring into the UK market

In addition to its recent sustainability efforts, Lion, one of the largest breweries operating in Australia and New Zealand, has taken a step forwards into the UK market with a series of acquisitions.

Having acquired Fourpure Brewing Co and Magic Rock - based in London and Huddersfield respectively - the company has now announced the creation of UK craft beer division ‘Little World Beverages’.