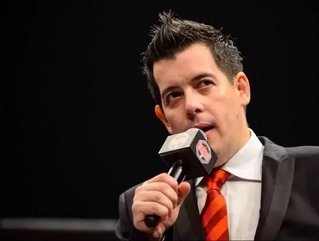 It’s going to take more than a single stroke of genius to be accurately labelled an ‘entrepreneur’ in 2016. At this point in human history, we’ve already invented robots which diagnose cancer and drones that can deliver pizza. To be an inventor, you’ve got to be an innovator.  And to stand out from the herd of hackers and creatives, you need to have a vision for the future. How are we going to use augmented reality to enhance our lives? Are we going to colonise Mars? Can we keep AI from turning on us?

Jason Lo, CEO of Tune Talk, Malaysia’s largest mobile prepaid MVNO service provider, is one of this new breed of entrepreneur. As it stands, he doesn’t have all the answers — but he’s willing to tackle the big questions. And his approach is simple: ditch your ego at the door, throw out the rule book and forget everything you think you know about the 9 to 5 grind.

Lo is equal parts telco executive, entertainment mogul and human behaviourist — and in conversation each persona fights to get a word in edgeways. When I dial his office line on a Thursday afternoon, I’m told that he’s not in. The woman who picked up the phone politely requests that I give him a call on his mobile, with the caveat that he could be out riding his bike. At this point, I know this isn’t going to be a chat about the phenomenal costs of installing fibre optic cabling.

It’s JLo the CEO that answers my call. And, for a moment, he’s ready to talk strategy.

“We don’t have KPIs,” Lo insists. He believes that using success metrics like these throttles creativity.  “KPIs are completely destructive to innovation. They destroy innovative thinking.”

“We don’t have Monday head of department meetings either,” he says. “As CEO, I am the custodian of the brand as well as corporate culture. And after watching every episode of Star Trek at university, I’m a firm believer that Jean-Luc Picard knew to how to motivate his crew by empowering them...like 94 percent of the time.”

Lo isn’t one to speak in tech jargon or business acronyms, probably because he launched his career from behind a mixing desk and not a boardroom table. After earning a bachelor of science in accounting from the University of Hull and a Master’s in business administration from Webster University’s London campus, Lo returned to his native Malaysia to pursue his first passion: music.

It was during his years in the industry that he encountered then-Warner Music executive Tony Fernandes. Lo had released three albums, hosted a talk show, produced a reality show and started his own record label by the time Fernandes, now the founder of Tune Group, asked him to come on board as CEO of Tune Talk in late 2007. On paper, the music business and the telecommunications sector might not have a lot in common, but Lo’s experiences in entertainment left him prepared to shake up every sphere he touches.

“To be in the music business, or to try and be a ‘rock star’ one has to start at the beginning, with a blank piece of paper, and actually pen a song,” Lo says. Of course, learning an instrument goes hand-in-hand with the songwriting process, but a budding chart-topper has got to find bandmates to bring his creation to life. “Now we find our musician in the realm of human resource management, trying to bring together a group of individuals and bring them all up to par utilizing attributes of leadership and people skills,” Lo says. He’s fully committed to the analogy.

However, music isn’t a cheap hobby, especially not for the group hoping to hit the proverbial ‘big time’. Much like being a CEO, Lo stresses that building a band requires some serious organisation and financial acumen. “They have to make sure bookings are made and guitar strings are purchased,” he says. Once a satisfactory demo has been recorded — and Lo assures me this process will take trial and error — the band needs to start marketing its offering.  And maybe, if they get lucky, one of the radio stations that they sent their record to will start playing it. Jackpot? Well, it’s not quite that easy.

“Although there is a chance for any musician to succeed, it is more than likely they fail multiple times,” Lo says. However, the group will have picked up its fair share of entrepreneurial skills on its journey.

“If you can battle the music industry, with all its transformational change — from CDs to Napster, to the collapse labels and the creation of apps with the capabilities of Abbey Road studios — I believe musicians will be all the better for it.”

Lo experienced significant disruption firsthand during his time in the music industry. He recalls that, within the space of a year, traditional musical equipment was replaced by digital audio workstations like Logic and ProTools. But instead of mourning his lost mixing desks, Lo decided to embrace the digital age — and this kind of forward momentum has characterised his tenure at Tune Talk.

“What does it take to negotiate a balance between innovation and stagnation? With the speed technology is moving, it must be tough to anticipate what the ‘next big thing’ will be.”

“If you look at Samsung, the disaster of the Note 7 is known now, and that’s a $17 billion problem that they have,” says Lo. The state of the smartphone market is one of his favourite topics, and one that allows him to wax poetic on what he calls HHB — human habitual behaviour. “It’s a perfect storm for Google to come out with its next phone, because you’ve also got Apple with wireless headphones, which no one seems to like,” he continues.

Trends drive consumption in the tech sector. If a new smartphone comes equipped with an insanely high-res camera or a lightning fast processor, the masses will want it in the palms of their hands. Still, as progressive as he is, Lo is wary of bandwagon jumping.

“Don’t be so quick to judge and condemn,” he cautions. “I am still a loyal Blackberry user because they are incredibly innovative. They still have billions of dollars, they still have some of the most creative minds in the world.”

Lo vows to stay humble in the knowledge that “anyone can go right or wrong” in business. “Look at the iPhone 7 wireless headphones,” he says. “HHB is the guiding principle for me personally, and I reckon that one was a bit of a ‘say whuuuut?’. But hey, I could be wrong...on occasion.”

Lo recalls an instance in which an elderly lady called Tune Talk’s customer care department and demanded to talk to the company’s CEO. After insisting that she wouldn’t speak to anyone but the chief exec, Lo told his team to put the call through to him. The woman complained that her Tune Talk service was inadequate and demanded that Lo come to her home himself to address the situation. He was there by 7pm.

“There are like 14 Indian aunties sitting around playing gin rummy or something,” he says of the scene on arrival. “I very gladly signed them all up and they fed me.”

This is the epitome of Lo’s approach to business, and the core of his strategy for future development. “If you’re a CEO in this day and age, you’ve got to be contactable,” he says. And he isn’t shy about engaging with fans, critics or any one of his 80k Twitter followers.  “You’ve got to get on the ground like that. It really helps identify what the kids are doing.”

The way Lo sees it, “the kids” are key stakeholders in Tune Talk’s business. In typical JLo style, the company also shies away from return on investment (ROI) metrics. “Return on investment is not a justification to not spend on branding or community building,” he explains. “We changed our ROIs to ROYs (retain our youth), as they are now the trendsetters and key influencers in this industry.”

“We have to give the customers what they want,” he says, slipping back into CEO mode, if only for a moment.