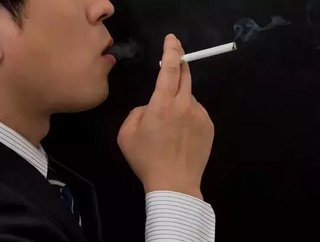 Japan Tobacco is set to acquire Philippine tobacco company Mighty Corp for approximately $936 million. With a 23% share of the market in the Philippines, Japan Tobacco has clearly adopted an aggressive expansion plan, and aims to enter emerging markets, despite global movements towards the industry.

The deal has been stated as one of the largest deals in southeast Asia, and includes Mighty Corp’s distribution, network, manufacturing equipment, inventories and intellectual property. It will enable Japan Tobacco to therefore consolidate its business foundation through expanded distribution and a strengthened brand portfolio, providing growth opportunities with more than a quarter of market share in the Philippines.

Set to complete in the third quarter of 2017, Japan Tobacco’s presence has been fully driven by premium product Winston, but it will now add local brands ‘Mighty’ and ‘Marvels’ to its bow.

“I am confident that this acquisition will enable our continued expansion in the market and will allow us to leverage MC’s unique brands and their nationwide distribution network in the very near future,” commented Eddy Pirard, JTI’s President and CEO.

“We want to establish ourselves in markets like Brazil, Bangladesh, Indonesia, Philippines, and grow sustainably to strength our business foundations,” spokeswoman Kana Miyauchi informed Bloomberg. Indonesia is reportedly home to the largest region of smokers, at over 30%, followed by China and the Philippines at 28% respectively.

Consequently, the company has also recently purchased 100% of the outstanding shares of PT. Karyadibya Mahardhika (“KDM”), and its distributor, PT. Surya Mustika Nusantara for $677 million. Situated in Indonesia, the deal will be finalised in October.

“We are excited to enter the Indonesian kretek market by leveraging KDM’s supply chain, including procurement and production, as well as SMN’s broad-scale distribution network,” said Mutsuo Iwai, Executive Vice President and President of the Tobacco Business.

“This will be an important expansion of our geographic footprint in emerging markets for our future sustainable growth. It is an excellent opportunity for us to further develop our business in a thriving region.”