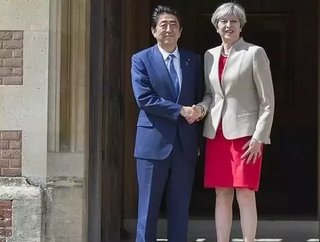 With uncertainty still looming regarding Britain’s departure from the European Union Japan’s Prime Minister Shinzo Abe is seeking to undergo discussions with the UK surrounding an early trade deal, as the UK continues to find a way to leave the European Union with minimal impact.

An almost impossible feat, yet Japan is taking no chances.

With over a thousand Japanese companies operating in Britain, there are increased concerns surrounding Japanese businesses which provide services within the European market. The island nation is therefore seeking to begin informal talks, as Britain is unable to begin bilateral negotiations until after Brexit has been finalised as a result of existing EU rulings.

The country is set to finally agree on a free trade deal with the EU after over four years of negotiations – yet with Britain’s departure from the bloc, this will have to yet again be looked at extensively.

The two industries which will affect Japan the most would of course be the financial and automotive sectors, but overall Japan has invested over £50 billion within the UK.

Passporting rights have been a growing issue with regards to ongoing trade and leaving the single market. This is especially significant for the financial industry, with concerns surrounding the loss of the EU passport and access to financial markets, leading many companies to relocate their headquarters within Europe, to areas such as France, Ireland and Germany. One such example is Sumitomo Mitsui Banking Corp, part of Sumitomo Mitsui Financial Group, one of the largest banks in Japan.

Nissan has kept its car factory in Sutherland for now, alongside Toyota who has kept their plant in Derbyshire open. However, the question is whether these operations will remain in these areas with the ongoing Brexit discussions, with the threat of new tariffs placed on goods and services. Toyota also remains a strong player with the UK automotive industry, but until a trade deal is agreed, all efforts remain in flux.