Is the demand for a global workforce being threatened by growing expatriate costs? 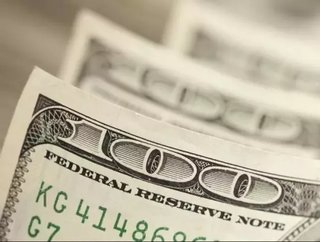 Despite volatile global markets and growing security issues, organisations continue to leverage global expansion strategies to remain competitive and to grow. Yet, few organisations are prepared for the challenges world events have on their business, including the impact on cost of expatriate packages.

Mercer’s 22nd annual Cost of Living Survey finds that factors including currency fluctuations, cost inflation for goods and services, and instability of accommodation prices, contribute to the cost of expatriate packages for employees on international assignments.

“However, with volatile markets and stunted economic growth in many parts of the world, a keen eye on cost efficiency is essential, including a focus on expatriate remuneration packages. As organisations’ appetite to rapidly grow and scale globally continues, it is necessary to have accurate and transparent data to compensate fairly for all types of assignments, including short-term and local plus status.”

According to Mercer’s 2016 Cost of Living Survey, Hong Kong tops the list of most expensive cities for expatriates, pushing Luanda, Angola to second position. Zurich and Singapore remain in third and fourth positions, respectively, whereas Tokyo is in fifth, up six places from last year. Kinshasa, ranked sixth, appears for the first time in the top 10, moving up from thirteenth place.

Mercer's widely recognised survey is one of the world’s most comprehensive, and is designed to help multinational companies and governments determine compensation strategies for their expatriate employees. New York City is used as the base city for all comparisons and currency movements are measured against the US dollar. The survey includes over 375 cities throughout the world; this year’s ranking includes 209 cities across five continents and measures the comparative cost of more than 200 items in each location, including housing, transportation, food, clothing, household goods, and entertainment.

This year, Hong Kong (1) emerged as the most expensive city for expatriates both in Asia and globally. Singapore (4) remained steady while Tokyo (5) climbed six places. Shanghai (7) and Beijing (10) follow. Shenzhen (12) is up two places while Seoul (15) and Guangzhou, China (18) dropped seven and three spots, respectively.

Mumbai (82) is India’s most expensive city, followed by New Delhi (130) and Chennai (158). Kolkata (194) and Bangalore (180) are the least expensive Indian cities ranked. Elsewhere in Asia, Bangkok (74), Kuala Lumpur (151) and Hanoi (106) plummeted twenty-nine, thirty-eight, and twenty places, respectively. Baku (172) had the most drastic fall in the ranking, plummeting more than one hundred places. The city of Ashkhabad in Turkmenistan climbed sixty-one spots to rank 66 globally.

Australian cities have witnessed some of the most dramatic falls in the ranking this year as the local currency has depreciated against the US dollar. Brisbane (96) and Canberra (98) dropped thirty and thirty-three spots, respectively, while Sydney (42), Australia’s most expensive ranked city for expatriates, experienced a relatively moderate drop of eleven places. Melbourne fell twenty-four spots to rank 71.