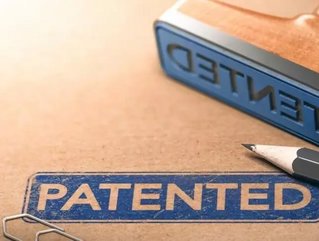 Mandeep Baweja, CPA Global Managing Director, India, tells Business Chief how the increasing importance of ideas in a digital age has created ‘the perfect storm’ for growth in India.

Smith has perfectly summed up business in the digital age. There has been a significant levelling of the playing field. Previously capital, property and land were often the key ingredients to generating wealth.  Smith’s argument is that, in the digital era, wealth will be created through the power of ideas and innovation. This presents an opportunity for people who might never have considered an entrepreneurial career to bring ideas to reality quickly and effectively – and reap the rewards of innovation. It’s worth noting that the wider point Smith makes is not just relevant to individuals or companies but is also true of entre countries.

In many ways, India has created a perfect storm for future growth. 10 years ago, Indian programmers might have been excited to be working for one of the huge technology companies that regularly outsourced development to the country. Now, many educated and qualified Indian nationals aspire to be the founders of a generation of companies that will drive technological and economic growth.

The government of India has been taking steps to support this. Digital India – the flagship government programme – will transform India into a digitally empowered society, and the Start-up India initiative aims to nurture innovation and budding entrepreneurs.

57% of hiring by startups in India made up of graduates

IP data as the indicator of growth

The innovative and entrepreneurial potential of India is further evidenced by intellectual property (IP) data. Since 2002, the number of patents filed in the country has grown six-fold. In 2006, more than 45,000 patents were filed through the Indian patent system – an increase of 13% since 2010.

The expected impact on future growth is very positive. A CNBC report predicted that, by 2025, India’s innovation growth rate could surpass that of Russia and, potentially, even China. A recently released IMF Economic Outlook reported that the Indian economy is expected to grow at an annual rate of 7.4% in 2018, well above China’s at 6.6%, making India the world’s fastest-growing economy in 2018.

Great ideas, and the hunger to execute them, are now as important as historical wealth. It is one of the reasons why I feel India is perfectly placed to harness the digital economy and stimulate economic growth.