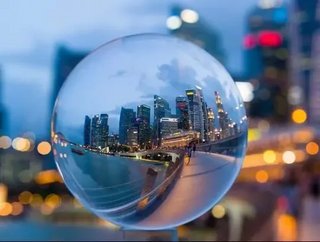 Singapore’s Oasia Hotel Downtown was completed in the last quarter of 2016, and reaches 190 metres at its highest point. The hotel contains over 300 rooms, alongside swimming pools and communal areas.

Our sister publication, Construction Global, recently took a look at the Oasia Hotel Downtown as part of its major projects coverage.

Over 30 different plant species of plants and flowers cover the structure’s 27 storeys, in what has been described as a ‘living tower.’

WOHA - the architectural brains behind the building - has grown to become a regional construction leader, renowned for its innovative structures which have won numerous awards. Its projects span Singapore, China, Indonesia, India, and Thailand.

Constructed from concrete, steel, and glass, a red aluminium façade contrasts with the fauna climbing the building. The hotel has four gardens to ensure the building is suitably cooled.

Co-founder of WOHA, Richard Hassell, said: “With Oasia, we’ve seen so many birds and insects flying around the building. People respond so well to seeing a hummingbird flying right outside their office window.”