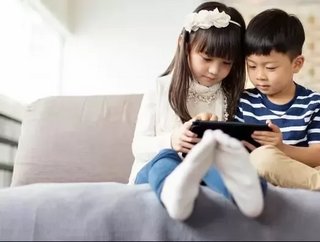 Southeast Asia is one of the largest markets for the gaming industry, with potential for further app development. However, whilst China dominates the headlines for its continuous innovation, such as its bike sharing services, mobile products and abolition of virtual private networks, Indonesia is looking to secure a deal with Microsoft to garner more acclaim for its locally-produced gaming products.

It has recently been revealed that the Head of Indonesia’s Creative Economy Agency, Triawan Munaf, is in talks with Microsoft about the development of the region’s products. It would provide a significant boost to Indonesia’s economy and export capabilities, and would see Indonesia gain an international presence.

The Indonesian gaming industry continues to grow each year and accounts for 18% of the mobile game market in Southeast Asia, according to a report by the EIBN in 2016. Transforming into one of the largest gaming markets worldwide, the local gaming manufacturing market remains slight, contributing only 1.8% to the domestic market, according to Chief Executive of Indonesian mobile gaming company Touchten, Anton Soeharyo.

Rising costs to manufacture games is clearly a key factor limiting development, in which local governments are now working strenuously to support this growing industry and help provide much needed support for local talent and secure further investment.

However, there is also the factor of catering to consumer demand. Many Indonesian citizens use older phones, with minimum data usage, but there is another significant portion of the market willing to pay for apps and services. One such game that continues to make waves is Tahu Bulat, which caught the attention of the gaming industry worldwide, and became the most downloaded game at one stage, beating Clash of Titans.

Google Play Indonesia’s Head of Business Development David Yin informed The Jakarta Post: “I see the gaming industry in Indonesia continuing to grow rapidly. Based on over 200 strong game submissions for the Indonesia Games Contest, we see a very bright and prosperous future for Indonesian game developers.

“What we saw was a very strong focus on innovation, localisation, fun, design excellence and technical [and] product excellence.”