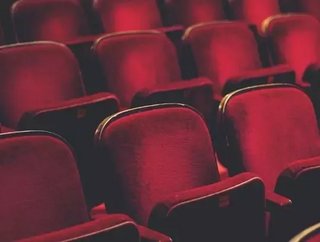 IMAX China Holding Inc has recently signed an agreement with property developer Shanghai Bestar Cinemas, in order to develop seven new IMAX theatres throughout the Peoples Republic of China. The theatres will be added to new multiplexes across Tier Two and Tier Three cities, with six of the theatres slated to open in 2017, and the remaining theatre to open in 2019.

IMAX CEO Richard L. Gelfond explained: “Future Land, one of China's leading developers, entered the IMAX business a year ago with its new exhibition business, Shanghai Bestar. This agreement marks the company's third theatre deal with IMAX during this time, underscoring the confidence that Chinese developers and exhibitors alike place in The IMAX Experience to serve as an entertainment anchor that delivers results.

Our momentum in China shows no signs of slowing as exhibitors gear up for the strong film slate ahead. We look forward to growing our partnership with Future Land as they continue to expand their theatre circuit throughout China."

Mr. Wang Zheng, Chief Executive Officer, Shanghai Bestar Cinemas Management Co., Ltd, said: "Bestar IMAX theatres are performing quite well at the box office. The annual single-seat income at our theaters including Haikou and Shanghai Bestar Theatres will be more than 20,000 yuan at each site. As we aggressively build our circuit's presence nationwide, we will have 20 cinemas in operation by the end of the year, including 15 IMAX theatres."

A recent study has shown that China’s Media and Entertainment Industry is predicted to reach $242.2 billion by 2019, highlighting a significant a rapid growth economy. With the second largest theatrical market globally, with a population of 1.3 billion, China is a huge market to tap into, with the number of screens also increasing by more than 9,000 in 2015, bringing the number up to 32,000.