Ian Blackburne to Retire from CSR Board 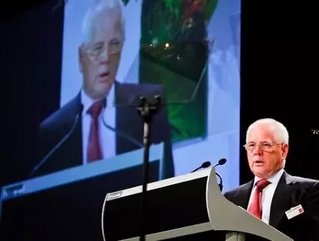 After eight years as chairman of building materials and aluminum company CSR, Dr. Ian Blackburne will retire from his post.

Having successfully completed its separation strategy with the sale of its sugar business Sucrogen in December for $1.75 billion to Wilmar International, Blackburne said it was the right time for him to step down following CSR’s Annual General Meeting which will be held in July 2011.

Dr. Blackburne said, “With the sale of Sucrogen successfully completed, and also having returned part of the sale proceeds to shareholders, I feel it is an appropriate time to retire from the Board.   Now a focused Building Products company, with a very strong balance sheet, CSR has a very promising future and I wish the company every continued success.”

The chairman will be replaced by non-executive director, Jeremy Sutcliffe, who joined CSR’s Board in 2008 as an independent director.  Since April 2010, he served as interim managing director and CEO with the primary focus of completing the business separation

CSR announced that two non-executive directors, Rick Lee and Nick Burton Taylor, also intend to retire from the Board this week. They will not be replaced, bringing CSR’s current eight-member board down to five upon Blackburne’s retirement in July.

CSR has been hurt by the GFC, particularly with lessened demand as building approvals continues to fall.