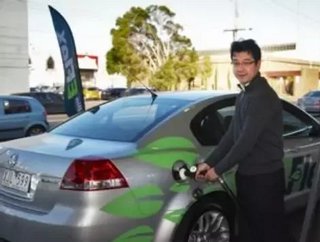 Victoria could soon be home to a ground-breaking green fuel technology plant, capable of turning household rubbish into ethanol.

The Victorian Government, GM Holden and Caltex have partnered on the project, which has the potential to turn materials such as household rubbish and building waste into more than 200 million litres of ethanol a year.

The ethanol could then be blended into an alternative fuel known as E85, a mixture of up to 85 per cent ethanol and 15 per cent regular petrol.

Holden’s Energy and Environment Director Richard Marshall said late last year, Holden announced a new company called Flex Ethanol Australia would be formed, supported by GM, to take the project to the next stage of commercialisation.

He said the project partners were committed to sustainable motoring through the development of renewable fuels that reduced greenhouse gas emissions and improved energy security.

“Our vision is that this technology will, in time, cut Australia's dependence on petrol by up to 30 per cent and make a major contribution to sustainable motoring and greenhouse gas reduction,” Mr Marshall said.

“We've always said we’d take a leadership position on biofuels, and provide the vehicles to do that,” Mr Marshall said.

"We committed to having locally-built Holden cars capable of running on E85 in the market by 2010. And, in turn, Caltex signed an agreement with Holden to install E85 pumps (sold by Caltex as Bio E-Flex) in 100 metropolitan and regional service stations in 2011.

He said both Holden and Caltex were committed to giving drivers the choice to use a fuel that is up to 85 per cent renewable, with the potential to reduce their vehicles’ ‘well to wheel’ COâ‚‚ emissions by up to 40 per cent.