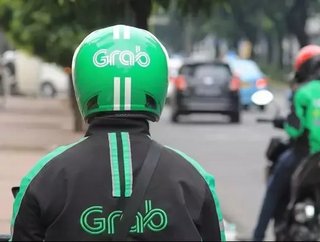 Established in 2012, car hailing company Grab is Asia’s equivalent of US’ Uber, could be set to gain the largest tech start-up investment ever. Asia’s answer to US’ Uber, Grab has raised $2.5 billion from investors, such as Didi Chuxing and SoftBank. However, the company is also set to raise a further $500 million through other investments, highlighting its force within the market.

It is the largest single financing in the history of Southeast Asia. Grab currently is in operation in over 30 cities across Southeast Asia, but is attempting to expand within an extremely competitive market.

The company has recently celebrated its fifth anniversary, providing up to 3 million daily rides, and has become one of the most frequently used mobile platforms in the region. Grab has also provided higher incomes for approximately one million drivers, providing leisurely transportation for 620 citizens in Southeast Asia.

Through the investment, Didi Chuxing and SoftBank will continue to support Grab’s vision of helping consumers in Southeast Asia access safe transportation and financial products whilst creating employment opportunities. Grab is by far the most dominant on-demand transportation platform in the region with a market share of 95% in third-party taxi-hailing and 71% in private vehicle hailing.

The company will continue to strengthen its already-leading market position and invest in GrabPay, its proprietary mobile payments solution.

Anthony Tan, Group CEO and Co-founder, said, “We’re encouraged that these two companies share our optimism for the future of Southeast Asia and its on-demand transportation and payments markets, and recognize that Grab is ideally positioned to capitalize on the massive market opportunities.

With their support, Grab will achieve an unassailable market lead in ridesharing, and build on this to make GrabPay the payment solution of choice for Southeast Asia. We look forward to continuing to work with our valued partners in the future.”

The company has also recently opened its sixth research and development centre in Jakarta, in order to create five million micro-entrepreneurs in Indonesia by 2018, and develop its Indonesian tech workforce. It has also developed its carpooling options, in order for users to reduce their fares by 30% whilst they travel, but also to reduce its carbon emissions per annum.