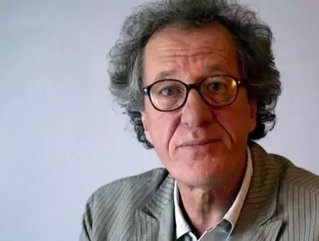 The 2012 "Order of Australia" medals have been issued, and cultural legend Geoffrey Rush made top honours, nabbing the prestigious title of Australian of the Year. Other recipients include doctors, teachers, gardeners, soldiers, and social innovators who have met the rigorous moral standards of the Australia Day Council's mission statement  by being, "Leading role models for us all. They inspire us through their achievements and challenge us to make our own contribution to creating a better Australia."

Geoffrey Rush, a Queensland native, boasts film credits which include starring roles in the 2011 Academy Award Winning film The King’s Speech, the mega blockbuster franchise Pirates of the Caribbean, and Shine, which he won the Best Actor Oscar for in 1997. He has also created quite a legacy for himself on the Australian stage, appearing in major productions at the Queensland Performing Arts Centre and Brisbane Arts Theatre.

However, it is not his elite legacy which garnered him the prestigious Aussie Award, but his work behind the scenes. As an advocating force in the theatre community, Rush has influenced the creativity of young and underprivileged actors through fiscal and professional support. The Australia Day Academy sights his mentoring efforts as their main factor in granting him the top honours.

Other honorees this year include June Woolard and Cathy Craig, two empathetic powerhouses who established Penrith Community Kitchen in 1984, a community organization which feeds hot meals to over 100 homeless Australians a day.

Ultimately, the Academy hopes to inspire Australians into action within the Aussie culture, and with forces like Mr. Rush using their privileged socials statuses for the highest good, the exponential benefits are bound to continue to inspire selfish initiatives amongst Australians for years to come.