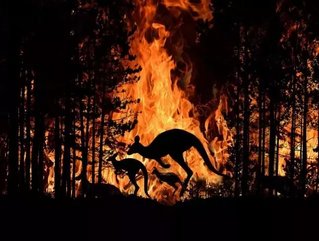 As Australia continues to battle the devastating bushfires that have spread across the country, tech company Gartan Technologies is contributing crucial software to the fire fighting department.

Gartan began operations in Australia in 2014, when it was awarded a major contract with Fire and Rescue New South Wales (FRNSW). The company's bespoke software allows an organisation to efficiently monitor and track the availability of its staff and allocate them effectively - an essential tool for the FRNSW, whose jurisdiction covers an area the size of France.

From a press release at the time the contract was awarded, Garten commented, “FRNSW was looking for a system that would help ensure they had sufficient personnel available to respond to emergency callouts from 338 stations.”

When the intense outbreak of bushfires around the country began at the end of 2019, Gartan Technologies’ software was deployed to assist the firefighters in their difficult job. In a recent article with RTE, the CEO of Gartan, Malachai Eastwood, stated that the FRNSW had 3,500 part-time firefighters and the same amount of full-time staff - a steep logistical challenge.

"Part time and volunteer personnel use the software to tell the service when they can respond to emergency callouts,” said Eastwood. “It then monitors the minimum crewing requirements at each fire station and sends out alerts if there are any staffing shortages."

Seeing the merit in Gartan’s product, the software has also been adopted by the South Australian Metropolitan Fire Service in Adelaide. "Our work pales into insignificance in comparison to what the firefighters are doing on the ground, but we're very proud.”

A large number of individuals and organisations around the world have been pledging their services and aid to help the situation in Australia, including several companies in the tech industry:

Amazon Australia: The digital marketplace has so far pledged AU$1mn in direct support and has also been liaising with the Australian government to develop ongoing technical assistance.

SAP: Having already donated money and software to help the situation, the German software company has gone the extra step of granting unlimited paid leave to any of its staff who choose to volunteer with a known organisation to give aid to Australia.

Telstra: Telecoms giant Telstra has promised to waive mobile phone bills for volunteers who chose to dedicate their time to fighting the bushfires in December and January. Assistance packages for volunteers in the State Emergency Services, as well as bushfire victims, have also been offered.