Four things you need to know about Japan’s Brexit letter 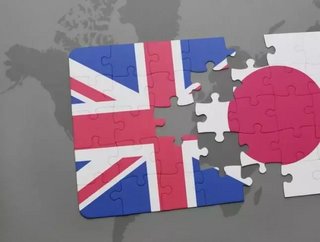 Japan recently published a 15-page letter addressed to the entire UK population, warning of a dire outcome for British businesses, should its Brexit recommendations not be heeded.

While it remains to be seen what the long term effects of Britain’s exit from the European Union will be, Japan’s letter could very well be the first of many warnings from global powers of the dangers of Brexit being mishandled. The Northeast Asian country has strong business ties with both the UK and the European Union – the stakes could not be higher.

Here’s what you need to know:

A number of financial institutions – not just from Japan – have flatly stated that they would relocate their operations to European financial centres if the fallout from Brexit proves to be too sour. The City of London is the largest hub of its kind globally and in the past has been a natural hub for multinationals looking to trade with the EU.

The UK’s membership of the EU currently grants access to the common market – one of the world’s largest economic blocs. Since UK Prime Minister Theresa May is yet to outline her Government’s strategy for Brexit, the UK’s access is far from assured; Japanese companies could very well have their profitability affected.

The letter also demanded that the UK: “Maintain, at least, the current parameter of the immigration system. Japanese businesses are concerned at the possibility that the UK may impose further stringent requirements concerning visa applications by Japanese and other foreign workers in the UK, which would affect their business operations.”

Since curtailing the free movement of people into the UK was a key pledge of the ‘Out’ campaign, maintaining anything resembling its current immigration system doesn’t seem likely, although there has been talk of adopting something akin to the Australian ‘points-based’ parameters.

The letter warned that a number of Japanese businesses could relocate to mainland Europe if faced with passport difficulties: “They would face difficulties in their business operations in the EU and might have to acquire corporate status within the EU anew and obtain the passport again, or to relocate their operations from the UK to existing establishments in the EU."