Four reasons why Asian companies use Singapore to expand 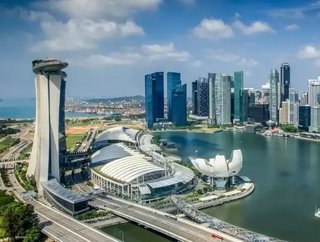 Singapore has been named as the top destination for Asian businesses looking to expand for the second year running, according to a survey from UOB.

2,500 companies from across China, Hong Kong, Indonesia, Malaysia, Singapore and Thailand were questioned to make up the data for the survey. These nations constitute some of Asia’s biggest economies.

32 percent of Asian businesses surveyed chose Singapore as their expansion market of choice in the next three to five years. In second place was Japan with 29 percent, followed by Vietnam with 28 per cent, and Thailand and South Korea with 26 percent. China came in at 22 percent.

Singapore is known across the world for its stable political and economic climate, as well as its favourable tax and regulatory environment. These were all reasons stated by companies wanting to expand there.

The World Economic Forum’s Global Competitiveness Report, 2015-2016 named Singapore as the world’s second most competitive country; The World Bank named it as the world’s easiest place to do business in 2015; and that same year INSEAD’S Global Innovation Index named it as Asia’s most innovative economy.

To enhance their competitive capabilities, Singapore-based enterprises in the survey said they were investing in information technology (44 percent), employee training (33 percent) as well as research and product innovation (32 percent).

Frederick Chin, UOB’s head of Group Wholesale Banking, said: "As Singapore strives to become a global hub for research and innovation, it is attracting more companies from high-value industries, such as information technology and telecommunications sectors, as well as the professional services sector. By collaborating with these companies.

“Singaporean enterprises will also build on their capabilities and develop new skills to transition to a high value-added, innovation-driven economy."