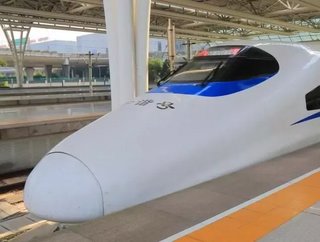 A high-speed rail project in Zheijang province, connecting the cities of Shaoxing and Taizhou, has been launched in China.

This will be the first high-speed railway project carried out by a private company. The project has been jointly invested in by Fosun Group, which owns 51% of the venture, in addition to China Railway, Zhejiang Communications Investment Group Co Ltd and local government.

The railway is set to be 226.56km long and will be designed to carry a maximum speed of 350km per hour. Total investment in the project is said to amount to $7bn.

According to Xinhua, the railway is set to be operational by 2021 and will operate for 30 years.

Fosun Group is a conglomerate based in Shanghai, which was founded in 1992 and has a wide-ranging portfolio of investments including industrial operations, investment, asset management, insurance and real estate.

Earlier this year, Fosun bought French luxury fashion brand Lanvin, capitalising on the increasing wealth of Chinese consumers and the popularity of European luxury brands in the country.