Flipkart merges with eBay India in order to compete with Amazon 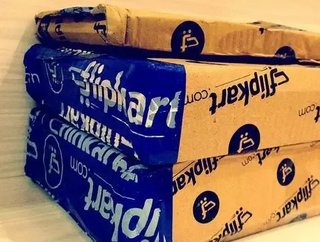 Established in 2007, Flipkart has recently merged with eBay.in in order to compete with international competitors. Currently India’s largest e-commerce marketplace, eBay has provided a $500 million cash investment as part of a larger $1.4 billion funding round, which has enabled Flipkart to own and operate eBay.in immediately.

The deal was previously announced back in April, where Flipkart raised $1.4 billion from eBay, Tencent and Microsoft.

Flipkart offers over 80 million products, and is highly regarded as a key leader within India’s e-commerce market, creating increased personalised, and accessible shopping opportunities, through new technologies, such as a UPI-based payments platform. The move will enable both Ebay and Flipkart to undergo a number of new trade opportunities in the country, and go up against national and international competitors.

"Being an early mover, eBay.in has a unique standing in the Indian e-commerce market, which is a great addition to Flipkart's leadership position. Our coming together directly benefits Indian customers and sellers for whom we want to provide the best possible e-commerce experience. This is a step in that direction," Flipkart CEO Kalyan Krishnamurthy said in the statement.

"As a result, Flipkart customers will get expanded product choices with the wide array of global inventory available on eBay while eBay customers will have access to a more unique Indian inventory from Flipkart sellers," the statement said.

eBay's CEO Devin Wenig also informed Recode: “The exclusive commercial deal we entered into with Flipkart, is that is going to take all of their seller base and allow them to export India inventory exclusively on eBay around the world. It gives Flipkart a leg up for their sellers to get a global consumer base.