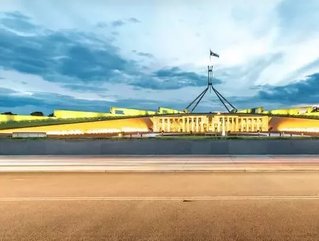 The Australian government’s Productivity Commission has published its five-year productivity review, focussing primarily on how improvements in healthcare, education and city management can strengthen the country’s economy.

Healthcare is the first focus of the comprehensive 200-plus-page report. It says Australia is beset by a rising wave of complex chronic health conditions that will lead to many years of life spent in ill health, lower involvement in work and rising costs for the healthcare system.

“Suppliers rather than patients are the centre of the current system — an anachronism built on paternalism,” the Productivity Commission commented.

Indeed, the organisation predicts that reform of the current system could save up to $140bn over the next two decades.

Education, especially vocational learning, is the next focus. Labelled “a mixed bag of excellence and mediocrity”, the Productivity Commission calls for far greater investment in non-academic courses. Some 20% of graduates were underemployed in Australia in 2016, more than double the proportion in 2008.

The third area targeted is cities, namely the challenge of rising populations and congestion, poor infrastructure decisions, ad hoc and anticompetitive planning and zoning, and an unsustainable funding basis for roads. The avoidable social costs of congestion in Australia’s eight capital cities was nearly $19bn in 2014-15, and expected to grow to more than $31bn by 2030.

The report highlights the economic dependence on Sydney and Melbourne, the two cities accounting for 40% of Australia’s GDP. In 2015, Melbourne grew by more people every five days than Hobart added in the entire year.

A final observation is the crippling effect of stamp duty on residential and commercial property buyers. Stamp duties add over $50,000 to the cost of a median-priced house in Sydney, penalising people and businesses that move and discouraging others who want to move.

The full productivity report can be accessed via the Productivity Commission website.