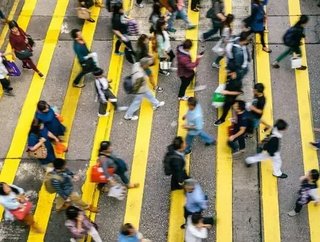 2016 was a tumultuous year in politics both internationally and across the Asian region. Events such as Malaysia’s 1MDB scandal and the election of strongman Rodrigo Duterte to the Presidency of the Philippines seem to pale in comparison to the advent of Brexit and Donald Trump. But local events often have far-reaching consequences abroad.

Without further ado, here are the five major Asian elections to watch in 2017.

Malaysia’s election is billed for 2018, but as the 1MDB scandal continues to garner attention, rumours have circulated that incumbent Prime Minister Najib Razak is planning to hold the election a year early in order to stay in power.

Following the seizure of power by the current military junta in 2014, Thailand’s political landscape has been dominated by its military and is set to continue despite an election that will take place this year. A new constitution has already been drafted meaning that, whoever wins the election, the armed forces will still play a decisive role in decision making.

A vote for President Park Geun-hye to be impeached was passed recently following evidence that she was involved in a massive corruption scandal. She allegedly peddled influence and was even reportedly under the spell of a religious leader. Among potential contenders for the Presidency is ex UN chief, Ban Ki Moon.

The former British colony is currently up in arms about the influence of China on its affairs. The ‘election’ result will be determined by a vote of just 1,200 people whose decision could set the tone of the country’s relationship with China for years to come.

Although not exactly an election, China’s key political movers will be meeting for the second time in a decade to shuffle the country’s leadership around.

Several of the party’s seven-member decision-making group, the Politburo Standing Committee, are expected to retire in line with established age limitations. Whoever replaces them could affect major changes to the current regime – none more so than Wang Qishan, President Xi Jinping’s closesy ally.