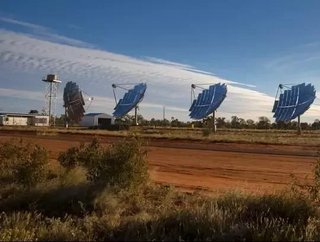 Billed to be Australia’s largest ever solar project, US firm First Solar, Inc. has been awarded the module supply contract for the 140 megawatt Sun Metals Solar Farm.

Located in North Queensland, the farm will utilise over 1,167,000 thin-film photovoltaic modules – produced by First Solar – and will create 270,000 megawatt-hours of energy in its first year.

The Sun Metals zinc refinery, a global giant in metal processing technology, will benefit from the electricity generated. It is a part of the Korea Zinc Group and the Sun Metals Solar Farm is set to power the refinery.

The project will have a huge environmental impact for Australia; the farm should generate enough solar energy to displace around 248,000 metric tons of carbon dioxide. It would take 66,000 cars to create such a level of pollution, and that solar energy is the equivalent of removing them from the road.

Construction is set to commence in April this year, with RCR Tomlinson Ltd managing the EPC processes.

Jack Curtis, First Solar’s Regional Manager for Asia Pacific, said: “Large-scale solar is fast becoming one of the most cost-effective sources of energy generation in Australia. This project represents the viability of the commercial and industrial solar market in Australia and the growing trend of major energy consumers owning and operating renewable energy assets.

“The performance and reliability advantages inherent to First Solar’s technology in Australia are well known and we’re pleased to support this historic project.”

Sun Metals’ CEO and Vice President Korea Zinc, Yun Choi, added: “Sun Metals is pleased to sponsor this landmark project for Australia and we recognise the importance of quality and performance in every choice we have made for the delivery of the project.

“There is significant value in partnering with trusted and reliable partners like First Solar. The development and realisation of the project will benefit from First Solar’s broad capabilities and market experience in addition to their industry leading technology.”