Exxaro Moves In On Territory Resources 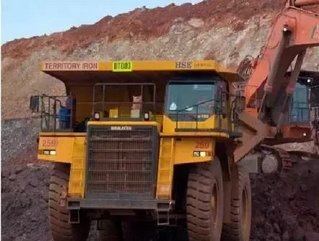 For 46 cents a share, Perth-based Territory Resources’ board recommends that shareholders accept the A$123 million offer—and ends a proposed takeover by 22 per cent shareholder Noble. The Exxaro offer was a 64 per cent premium to its last closing share price.

In a statement released Monday ending a debt-to-equity agreement with Noble, Territory said, “Importantly, Territory has been able to agree binding documents with Exxaro which include financing arrangements that will ensure Territory has the required capital to meet its short term funding needs if the existing Noble facilities are withdrawn or scaled back.”

Exxaro already has a pre-bid acceptance agreement with DCM DECOmetal for its 11.2 per cent holding in Territory. While Territory and Exxaro believe the Offer provides a very attractive opportunity for Territory shareholders, the offer is conditional on a 60 per cent minimum acceptance to avoid Noble having a blocking stake. There is also a $1.55 million break free on the deal.