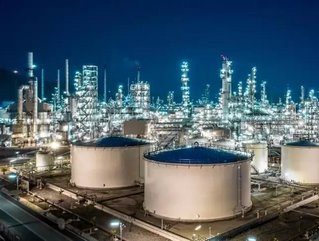 The effects of the protests in Hong Kong are being felt beyond the autonomous territory, presenting challenges and opportunities alike. Months of friction are focusing minds in the boardroom, not least when important investment decisions must be made. In sectors such as Energy & Natural Resources, this is reshaping the market for specialist talent and senior leaders. With China still keen to attract investment, emerging locations like Shanghai have benefited as Hong Kong loses its some of its allure as a gateway.

The opening up of the mainland also presents challenges to traditional hubs like Singapore although a number of leading firms have shown their continuing commitment to the city-state. The pace of change has also underlined the need to review the sourcing of talent and prompted fresh thinking about the reliance on expats.

The market for lubricants is a case in point. Asia is the largest consumer and there has been significant investment in manufacturing facilities and R&D centres in the region. Competition has been rife when firms look at where they will base their business operations. The sector is going through an immense period of transformation. This is a knock-on effect of increased activity across the region and improved economic conditions. JVs and M&A activity have become the norm for firms in Energy & Natural Resources. And success has been enabled and delivered through local tie-ups for expertise while spreading the risk of investments.

The intensity of growth has been increasing. Regulatory impacts, market conditions, efforts to increase productivity and efficiency as well as emerging human capital requirements are following suit. The pressures include globalization. This has led some sources to suggest that Singapore will need to differentiate itself further in the future. But no one should write it off just yet, not least because leading firms including Accenture, Emerson, Yokogawa, McKinsey, Siemens, Linde Gas and Mitsui Chemicals have all recently made commitments to Singapore.

Employers in Asia’s Energy & Natural Resources sector are though increasingly relying on local contractors and EPC (Engineering, Procurement and Construction) firms to deliver projects they may otherwise deliver in-house. This is in part due to higher thresholds to obtain foreign worker permits in Singapore, which limits the ability of firms to source suitably qualified engineers and, to a greater extent, blue-collar workers.

Throughout 2019 we have been seen a higher proportion of engineers and skilled workers opting to work for consultancies, attracted by the higher salaries on offer. Such roles also provide exposure to major projects of a diverse nature and international career progression opportunities. The same is true of government employment, where work provides big-ticket project exposure only with greater hands-on experience. The pipeline of projects and investment already committed has created a compelling employer brand for nations like Singapore, something most governments would envy.

Several sources who have made comfortable lives for themselves in Asia are wary of China’s influence. They (usually correctly) feel that they wouldn’t have a competitive advantage over local talent. With new market entrants, project-based workers are less able to transition from project to project while remaining with the same employer, as contracts are often held by competing firms with overlapping timelines. The sensible solution would be industry collaboration.

One response in recent years to the changing market has been firms repatriating engineering and leadership talent to work on domestic projects – or in many cases to reduce operational expenditure on huge expat packages negotiated in a different era. Bringing home leaders with global exposure is beneficial for the home market and helps alleviate labour shortages. Despite this, we are always surprised by the number of businesses that have senior leaders on assignment from, for example, Australia to Singapore on a 4:2 roster (i.e. four weeks on followed by two weeks off) rather than switching them to a hybrid expat and local (lopat) contract.

Firms growing in emerging Asian markets are investing in talent development programs and succession planning. They recognise that even if they have an expat-heavy leadership team at present, it won’t be the case forever and that there is a need to build local leadership capability. This often includes succession plans populated with both internal and external talent, due to a realisation that the required skill set is often employed elsewhere. Other key agenda items include training, strategic talent planning, employee engagement and discovering new ways to source talent.

Firms are in transition phase in the run up to 2020. One sign of this is that enquiries to Wilbury Stratton regarding location analysis studies and talent mapping to scan the market (particularly new markets) for top talent and identify local capabilities have increased tenfold in H2 2019 compared to the same period in 2018. In most cases HR is taking on its advisory role in response to business requirements, educating and taking their internal customers on the journey with them.

Market sources frequently discuss continued project capacity expansion in Asia, citing increased hiring activity among other occurrences. Increased integration of upstream and downstream operations (such as Malaysia’s RAPID project) is a further sign of sector transformation. A board member of a global chemicals firm surmised to Wilbury Stratton that China is benefiting most from the troubles in Hong Kong. Firms are relocating operations from Hong Kong to Shanghai, or from Singapore directly to Shanghai.

Consequently, some firms are quietly scaling back expansion plans in Singapore. Sources have cited amendments to, or withdrawal from, contractual agreements related to location by their employers that limit their ability to remain in Singapore. It’s clear that firms are looking to spread their asset bases. New investment in production sites in Shanghai and elsewhere in Asia is inevitable. With the increased construction activity in Energy & Natural Resources, high commodity prices (leading to asset sites ramping up output and being brought back into production) there are much larger asset bases to maintain and unprecedented human capital requirements.