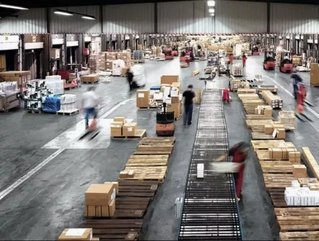 DB Schenker in China is modifying to fit the “new normal”. According to CEO North/Central China Thomas Lindy Sørensen, China is experiencing negative growth in traditional industries (e.g. coal and steel) “whereas industries that are more consumer-based, like the automotive industries or the luxury goods industries are really growing”.

How can DB Schenker, a logistics service provider, adapt to this change? We talk to Sørensen to find out.

Sørensen knows the Chinese business landscape well. “I joined Danish shipping company Maersk Line 25 years ago and worked in various finance functions for a few years. Then, I was expatriated overseas to China. I worked in Beijing and Shenzhen back in the mid-90s. I worked for Maersk Line until 2013, then I joined the DB Schenker organisation in Korea in 2013. About a year and a half later, I joined here in China as the CEO of DB Schenker North/Central region.”

Sørensen finds the pace of business development much faster in China than in Europe. He explains how DB Schenker operates in this ever-changing climate. “The organisation is split in two, I run the centre in North China and my counterpart runs South China. For North and Central China, we have 40 offices and for South China another 20”, he comments.

Read the rest of this article in the August issue of Business Review Australia & Asia.