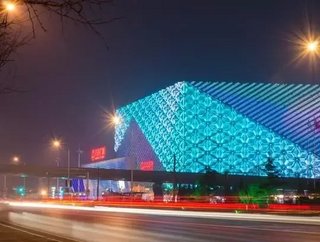 One of the largest real estate deals of all time, Dalian Wanda Group has sold its theme parks, 76 hotels and over 10 Wanda Cultural Tourism City projects in a $9.3 billion deal.

However, the deal has only been agreed after four principles were adhered to by Sunac China. The brand is to remain the same, alongside planning, project development and operations management, incorporating 91 percent of registered capital in total.

China has heavily invested in its entertainment facilities, with a large number of theme parks under construction to cater to the significant tourist market.

The deal will no doubt help Wanda to regain some financial stability after sliding into significant debt. Battling Disney for over 10 years over its theme park expansion within Asia for example, alongside ever increased ambitions to gain a stronger foothold in China’s market through a number of avenues, such as media companies, has caused increased concern for regulators both in China and the US.

However, unlike Dalian Wanda Group, Sunac China continues to go from strength to strength, with a number of recent acquisitions under its belt, such as Legend Holdings and LeEco.

Through the agreement, Sunac will ultimately pay $4.4 billion for 91 percent stake in each tourism project, and all necessary financial loans. Mr. Wang, the Wanda chairman, told the Chinese business weekly Caixin, “Through the sale of these assets, Wanda Commercial’s debt-to-asset ratio will drop dramatically.”

Nonetheless, the decision has come as a shock to many. With no hint or inclination of an impending deal, the agreement has come into question. However, by lightening up the amount of properties and projects under its belt, Dalian Wanda will not only be paying off debt, but will redevelop its current strategies and business model to become more calculated and seamless.