Could Aus to Europe non-stop flights become a reality? 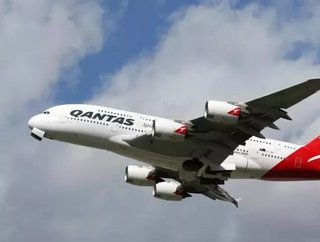 While sitting on a plane as it hurtles across 15,000 kilometres of our little blue planet isn’t everyone’s idea of a good time, people have been clamouring for a direct flight from Australia to Europe for years.

Qantas is reportedly close to offering a service between London and Perth, or potentially Paris and Perth, as the government seeks to entice more tourists to Western Australia. However, before the airline can start importing travellers to and from European shores it will need a crucial piece of equipment: its first Boeing 787-9 Dreamliners.

The long-haul aircraft is one of the only planes on the market capable of taking on 18-plus hour journey. Qantas has acquired eight of the 797-9s to replace some of the older planes in use on its international routes. It has also been reported that the airline is looking into the Airbus 350-900, another ultra long-haul aircraft, for use on its lengthiest routes worldwide. The planes will also be in use on Qantas’ existing flights to the USA.

Western Australia’s Premier, Colin Barnett, told the West Australian that the proposed flights could have a significant impact on the state’s economy.

“We know that Qantas is looking at a number of options including a Perth to London option with the new Boeing 787-9 Dreamliner aircraft,” Barnett said.

“The Liberal-Nationals Government, through Tourism WA, is in discussion with Qantas and Perth Airport in order to further explore the option and all parties are keenly interested and supportive of this opportunity,” he continued.

Qantas Group CEO Alan Joyce told the Centre for Asia Pacific Aviation conference that would-be passengers will know more about the proposed routes by the end of the year.