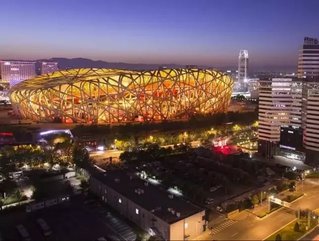 With China’s ambitions to build a new city adjacent to Beijing, many are concerned that the development will see an overwhelming number of citizens seeking to live within the new city.

Named Xiongan New Area, Chinese President Xi Jinping has quashed any notions surrounding the city’s ability to house the flow of interested citizens seeking a move, stating that the city is being built to support non-capital functions, with a population size of one million, in comparison to Beijing’s 21.5 million.

With plans to let the population rise to five million in the upcoming years, this is still small fry to Beijing’s increasing population figures. The new area will see the development of universities, as well as research and development facilities to support Beijing’s ambitions within this area.

Beijing has recently unveiled its agreement with North China’s Hebei Province on the construction of New Area. It highlights Beijing’s support of the development of a new science park in New Area in alignment with Zhongguancun Science Park, as well as the creation of new infrastructure links between the two cities. The country is also set to construct the fastest bullet train services worldwide.

The development has created a significant buzz throughout China, where new schools, medical facilities and retail outlets will also be undertaken.

Liu Bozheng, an official with the Beijing Municipal Commission of Development Reform (BMCDR) has stated: "We encourage Beijing State-owned enterprises to relocate and develop in Xiongan New Area in good order, especially firms that can provide services in areas such as municipal infrastructure.”

Consequently, Hebei Province is now undertaking a feasibility study to look at how two waterways could connect Beijing to Xiongan New Area, The Telegraph reports. This will involve the excavation of two canals and provide increased transport links, opening up further business opportunities.