China is to become a key destination for global expansion, Axa reports 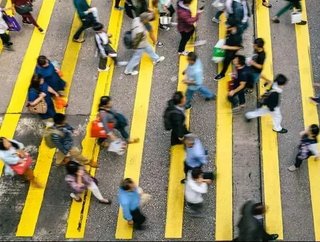 China is set to become the key destination for international expansion in the next five years, according to new research from AXA.

The research, conducted among 250 firms in eight countries and 372 globally-mobile workers reveals that while Western economies dominate the list of countries that employers say they most commonly send staff to work in today, the balance of power between nations is changing.

Today, the USA and China, followed by Germany, the UK and France are the most popular destinations for firms to send staff to work on long-term contracts.

More than a third (38%) of HR and global mobility managers questioned said they are looking to recruit more local teams in-country as well.

“However the countries that organisations prioritise as a focus for investment and for sending people to work in naturally shifts to take account of changing global economic and political opportunities and China is a big focus for the businesses we surveyed.

“One thing remains constant and that is the importance of human talent in helping firms establish and build operations globally. Looking after their staff and ensuring that they get appropriate support and benefits packages to allow them to work internationally is key – yet our study reveals that some employers need to work harder on this is if they are to deliver for their staff.”

Nonetheless, the survey revealed that one-in-ten (10%) staff on international assignment say they receive no help at all from their employer, rising to almost a quarter (24%) of those employed by UK firms and 32% of those employed by organisations based in Switzerland. More than two-in-five ex-pat workers (43%) said that hostility towards foreign workers had increased since they arrived in the country they are working in, with just 19% saying it has diminished and 38% saying it remained unchanged

Almost half of staff on international assignments (49%) said they get help with visa and immigration requirements, more than a third (39%) receive help in finding a new home and 35% get contractual/ HR support from their company.

Staggeringly just 27% of staff on international assignment said they received language or cultural training before being sent to work internationally and only around a fifth (22%) said their employer provided a global mobility representative to help them.

However, more than two-thirds (68%) of international assignees said they would like to continue to work with their current employer at the end of their current assignment and half of all employees asked, said they want to stay in the country they are currently located in.