Chief of JD.com will use drones to reach China’s rural consumers 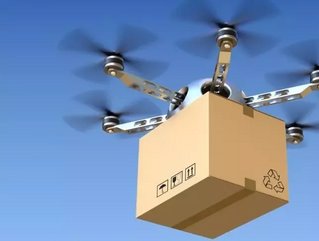 Using robotics for delivery could help bring down costs and transform the logistics industry, according to Richard Liu, founder and CEO of JD.com.

He said that drone technology could help retailers to offer delivery services in remote locations, without the high logistics costs.

“Today we have over 70,000 delivery men working on the street. It's high cost, you know," he said. "If you can use robotics to deliver a parcel, the cost will be very low."

JD.com and its rival Alibaba are already doing well in top-tier cities such as Beijing and Shanghai, but China’s rising middle class is opening up the market in smaller towns and the countryside.

"In the past, it's very hard to do business in the countryside, because the logistic fee is very high, the cost is too high," said Liu. According to him, this is where drones, flown from the cities to the countryside, to deliver parcels, instead of cars or vans, could taper the cost. That kind of logistic fee will drop down at least 70 percent, so on our balance sheet, I think it will be profitable," he said.

Global parcel delivery already amounts to around 70 billion euros, with China, Germany and the US accounting for more than 40 percent of the market.

JD.com already has drones that can fly up to 100km per hour, delivering packages weighing from 5kg to 30kg, and is testing ones that can carry as much as 1,000kg.

Liu explained how drone delivery to China's rural areas work: "In each village, we have a delivery man; he lives there and works there, and he's got a backyard. He's like a small distributor of us in that village. So, we can use our drone to fly to the delivery man's backyard directly. And point-to-point is fixed."