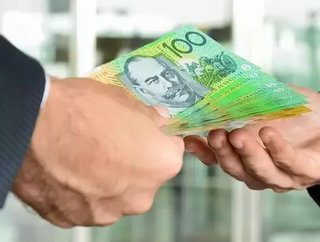 Company bosses must do more to retain staff and not rely on making financial counteroffers to keep their best talent, a new survey has declared.

While counteroffers are common practice for Australian companies, they are generally ineffective in today’s competitive employment market. According to independent research commissioned by recruitment firm Robert Half, more than nine in 10 (94%) Australian CFOs have extended a counteroffer while 66% of the same CFOs also say that the employee ended up leaving the company.

Extending counteroffers appear to be common practice in Australian businesses with more than one-third (34%) of Australian CFOs ‘always’ making a counteroffer to their finance employees in a bid to retain them. A quarter (25%) apply this practice ‘often’ and 26% ‘sometimes’. Almost one in 10 (9%) say they ‘rarely’ make a counteroffer and merely 6% say they have ‘never’ extended one.

However, acknowledging the ineffectiveness of counteroffers, two-thirds (66%) of the business leaders who have made a counteroffer say their employee ended up leaving the company, with 37% saying the staff member left within six months, 20% saying the employee stayed for less than a year and merely 9% cite he/she stayed over a year.

David Jones, Senior Managing Director at Robert Half Asia Pacific, said: “Counteroffers are often an immediate reaction to a skilled employee resigning, however offering a purely financial incentive to remain with the company rarely works. It can be a very costly way to delay the inevitable

“With the war for talent and companies actively poaching top employees from competing organisations, business leaders need to proactively address their staff retention measures and not wait until one of their top performers wants to leave the organisation. It’s too late then. Managers need to check in frequently with their employees to make sure they’re challenged and satisfied with their career path, as well as regularly assess salaries to ensure compensation is fair.”

The costs related to replacing an employee, including on boarding and professional development are a key driver for 68% of CFOs who have made a counteroffer.

However, the practice of counteroffering is itself a potentially disruptive one.

Jones continued: “Counteroffers set a precedent within any business, undermining trust and morale in the long term. Business leaders will send a message to staff that, unless they threaten to resign, their pay rise request won’t be considered. Some may even look around at other jobs merely to be able to renegotiate their employment terms. So while staff retention is the key driver for extending a counteroffer, it might actually have the complete opposite effect within the wider business.

“While hiring and onboarding a new employee comes with additional costs, offering a higher salary as a counteroffer does not always translate into better performance. When employees feel they are ‘indispensable’ in a company, it is possible they have little motivation to work harder. What’s more, there is a risk they will become less efficient, gradually becoming a strain on the company at hand.”