Can uranium provide the next boom for Australia's mining industry? 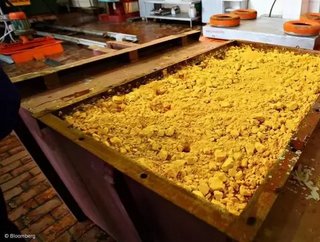 If prices for uranium ever experience the boom iron ore did back in the mid 2000s, Australia is going to cash in significantly as the country is well positioned to capitalize if demand were to flourish, according to Mining Global.

The demand for uranium has drastically changed since 2004 through 2011, when peak prices reach as high as $US130 a pound. The declining price has forced many mines around the world to close in recent years.

Toro Energy, for example, is developing a uranium deposit that seems unlikely to be mined unless prices recover significantly.

"The continued weak uranium prices are having an impact on future supply potential over the long term. In the current low-price environment it is difficult to justify the economics of projects, which is leading to deferrals or even cancellations," said Tim Gitzel​, chief executive of the world's second largest uranium producer Cameco​.

The good side is many optimists believe the lack of new mines will create a shortage of uranium and thus, stimulate the next uranium price boom. According to The Sydney Morning Herald, for that to happen, Japan would need to restart some of its nuclear reactors and China’s plan to triple nuclear power capacity by 2020 would need to occur.

"64 reactors are under construction around the world today and the new reactors have been coming online, four in China so far this year. So there are things happening that continue to strengthen the long-term outlook and that keeps us excited," Gitzel said last week.

The only major risk to a uranium boom in Australia is the rise of renewable power, particularly in batter technology.

UBS analyst Dan Morgan said battery technology could improve the viability of renewable energy, but in the meantime the biggest challenge is community attitudes.

"If battery technology works it could solve some of those questions around renewables but I don't think batteries are the biggest risk to uranium. I think the biggest risk going forward is community opposition to nuclear plants and that is especially so in light of Fukushima," Morgan said.

"The other problem with nuclear power is it has a large upfront capital cost, which means that it is pretty hard to get a nuclear plant financed. So I think that is also a challenge for uranium."

While Australia’s iron ore boom may have finally fizzled out, the uranium boom could prove to be a turning point.