The best and worst states in Australia for renewable energy 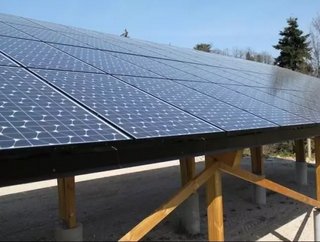 South Australia is leading the way in terms of its use of renewable energy, according to a study.

Wind energy exceeded local demand in the province for over 10 consecutive hours over the last weekend, beginning just before 2am Sunday morning, according to Energy Digital. This follows the closure of the state’s last coal-fired power station over two weeks ago.

Over 50 percent of the state’s electricity is generated from solar and wind, the rest coming from combined cycle gas plants.

Other states in the country are lagging behind, it appears.

A report by the Climate Council recently found that only six percent of energy in New South Wales was derived from sustainable sources in 2014, while a spokesperson for state Energy Minister Anthony Roberts placed the figure at 14 percent.

The government of New South Wales once vowed to be “Australia’s answer” to US renewable leader California, though the Climate Council’s report named the state the worst in the country for renewable energy use.

The government has established national renewable energy targets, with 33,000 gigawatt-hours of renewable electricity generation promised by 2020. However, recent doubts have been cast over whether or not this goal is achievable unless there is a “rapid acceleration” in the construction of renewable projects.