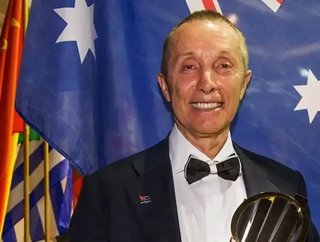 The child of Polish refugee parents, Stul worked in construction before starting his first business, a gift company called Skansen. He took over Moose, a toy company, in the year 2000. At the time it had just 10 employees.

In his 16 years at the helm, Stul has increased Moose’s sales by 7,200 percent and established a global enterprise that is now the fourth largest toy company in Australia and, by sales, the sixth largest in the US.

Moose sells its toys, including the popular Shopkins characters, in more than 80 countries worldwide.

Rebecca MacDonald, Founder and Executive Chair of Just Energy Group and Chair of the World Entrepreneur of the Year judging panel, said:

“Our unanimous decision was reached after long and tough deliberations. Manny was our choice, not only due to his impressive growth, but also because the business he has nurtured has shown sustained global success. His mettle was tested when Moose faced a product recall that would have overcome less resilient and well-managed businesses.

“All of our finalists were worthy winners and demonstrated so many qualities that we were looking for, including an ability to respond to disruption. However, it was Manny who impressed us most across our diverse judging criteria.”

This marks the second year in a row that a former refugee was given the EY award. Last year’s winner was Mohed Altrad of construction products supplier Altrad Group.

Stul himself said of the win: “I’m honored and delighted to receive this prestigious award for Moose, our employees and for Australia. I was up against an amazing group of entrepreneurs and have been inspired by their stories. We are a company that succeeds by focusing on innovation with integrity and a clear purpose to make children happy.”