Is Australia a risk to global climate targets? 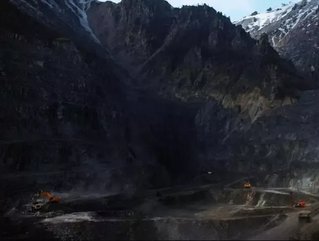 The country’s ongoing reliance on coal is a significant factor in its fossil fuel emissions, and its appetite for the resource will need to be curbed in order to to keep warming below catastrophic levels.

In a new report, the Stockholm Environment Institute (SEI) has revealed that Australia could, quite literally, burn through its carbon budget in the next six years.

To keep warming to 1.5 degrees celsius above pre-industrial temperatures, we will also have to restrict global emissions to under 250 billion tonnes of CO2 from 2015. If Australia’s share of the global carbon budget is fixed at one percent — which is a significant figure given that the country makes up only 0.3 percent of the world’s population — it will already have emitted its 2.5 billion tonne share before 2022.

Late last month, The Guardian reported that if the country stays on track with its current 2030 targets, it will need to drop to zero emissions within the next five years in order to control warming. Neither the Coalition’s emissions reduction targets, not the Labour opposition’s propositions, will achieve the necessary reductions.

"Action taken to increase Australia's capacity for fossil fuel production – such as increasing export capacity or commissioning new coal mines – is difficult to reconcile with the goals of the Paris Agreement," says the report.

The SEI also calls on Australia, “one of the world’s most technologically and economically developed countries,” to take a leading role in ushering the world into a post-carbon age.

Earlier this week it was reported that parliament is prepared to cut AU $1.3 billion from the Australian Renewable Energy Agency. The news has sparked an outcry from energy companies operating in the country.