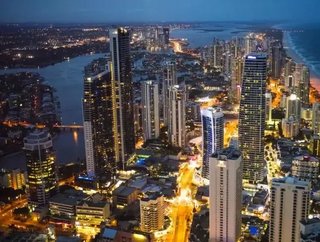 In a press release, ARENA has announced that A$490,629 in funding will be provided to Powerlink to bolster the Queenslands grid integrity. Powerlinks C...

In a press release, ARENA has announced that A$490,629 in funding will be provided to Powerlink to bolster the Queensland’s grid integrity.

Able to convert DC (direct current) from solar PVs and wind turbines into AC (alternating current) which is usable in grids, inverters have the potential to eliminate energy ‘bottlenecks’, increase energy efficiency and reduce consumer costs.

Furthermore, battery storage capabilities would allow excess energy to be stored ready for peak demand, adding a further layer of security to grids not currently present without augmentation by renewable sources.

Complexities of the modern grid

Far from being a straightforward upgrade from legacy tech to new, ARENA’s CEO Darren Miller emphasised that the project would be a complex undertaking, with many cost and regulatory factors coming to bear on its success.

However, in the long run, he was confident that wind and solar developers currently facing difficulties in integrating with the grid would experience significant benefits: reduced costs, fewer operational risks and increased project efficiency.

“Powerlink’s study will highlight a range of solutions for addressing system security challenges and will be relevant to the AEMC’s System Strength Investigation currently underway,” Miller said.

“The findings will be replicable across Australia and can help inform the efficient design of more renewable energy zones.”

Similarly, Kevin Kehl, CEO of Powerlink, stated that the company’s investigation, scheduled to conclude later in 2020, would provide valuable supplemental data to the AEMC’s (Australian Energy Market Commission) own study.

“The report uses the North Queensland region as a case study, however the information is presented in a way that allows for potential use in other regions of the National Electricity Market currently experiencing system strength issues,” Kehl said.

With approximately half of the $922k project’s cost funded by ARENA, Powerlink and its partners (Sun Metals Corp., Pacific Hydro and GHD) can proceed with determining the roadmap for Australian’s energy transition.