Are NZ Directors being paid enough? 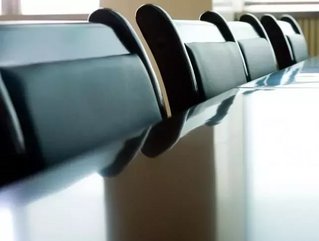 According to recent studies, non-executive directors working in New Zealand are being paid less than their counterparts in other developed economies, which could be affecting the local governance talent pool.

The Institute of Directors' (IOD) 2016 Directors' Fees report (in association with Ernst & Young) recorded that the average directors' fee for non-executive directors is $55,843.

EY partner Una Diver posited that the fee level will "absolutely" result in a governance skills shortage in New Zealand. Key skills, particularly in the cyber realm, are emerging that were not expected in previous years. She added that risk from cyber-attack is something all organisations face and there are few directors who understand it well.

She said: "Why would you want to be a [non-executive] director when effectively, you're probably at the peak of your earning power at the moment if you have strong cyber skills?"

HR advisory company Sheffield’s executive director Ian Taylor countered, and said that governance is seen as a viable alternative career path, allowing people to have strategic influence and value in companies. And, it seems to him, pay has little effect on numbers.

Taylor said: "Businesses in New Zealand, generally speaking, work on pretty tight margins. The levels of efficiencies have to be very good here for a whole host of reasons. There's a backdrop of affordability behind this whole issue that needs to be appreciated as well. That reflects the size, scale, sophistication and complexity of the market here."

Nick Carter of human resources firm Brannigans Consultancy says directors' fees in New Zealand are not as fair as they could be: "We're moving more into a global economy and the battle for talent is a global one, especially if organisations in New Zealand are wanting to export and take on international markets."