&quot;The Body&quot; and the Brains Behind Elle Macpherson 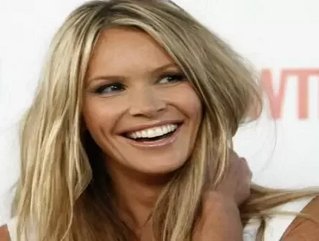 She may be known as “The Body,” but Elle Macpherson has something most of her supermodel girlfriends are lacking: the brains to boot.

Fiercely business savvy, Macpherson’s successful modelling career has been supplemented by lucrative ventures into lingerie, skin care products, work out videos, and forays onto the big screen and small screen, including a newly debuted NBC show. Forbes recently estimated the entrepreneur’s worth at US$60 million.

Though Macpherson’s nickname was crowned after she first graced the cover of Sports Illustrated in 1986 – totalling five smoking hot SI covers in a span of 20 years – her initial interest in modelling was spurred by studious motivation. As a young law student at Sydney University, Macpherson decided to use her good looks to fund her pricey textbooks and headed to the place where all the attractive young things go for a shot in the glossies: New York City.

The one year detour blossomed into a contract with a modelling agency and Macpherson quickly began sculpting her wholesome bombshell/girl-next-door image with an attention-grabbing Tab diet soda commercial. Exploding to become a household name soon after, Australia is proud to call the icon one of their own native Aussie beauties, offering Macpherson the position of unofficial ambassador with the tourist commission.

Already acting as the host and executive producer for the Britain and Ireland’s Next Top Model spin-off, the 48-year-old’s latest move has seen her adopt the role of host and celebrity judge on NBC’s new series Fashion Star. The show, which debuted on 13 March and has now been picked up by networks in Canada, Australia, Korea, Latin America and the Middle East, will give “14 unknown designers the chance to win a multi-million dollar prize to launch their collections in three of America's largest retailers: Macy's, H&M and Saks Fifth Avenue.”

While Project Runway wannabes are nothing new, the show’s slogan, “Watch it today. Wear it tomorrow” promises to shake things up by catering to the everyday shopper, making newly designed pieces available to the public the very next day.

"The clothes are jeans and t-shirts and leather jackets," said Macpherson, promoting the show during a press conference in the French Riviera. "We're not talking ball dresses to wear to Cannes, we're talking stuff that people wear every day."

Whether or not the show will be a success has not to be determined, but Macpherson’s mass appeal, easy smile and ageless curves can’t hurt show ratings. And for all the model-turned-successful-business-entrepreneurs out there, the message sings loud and clear: it takes more than just a pretty face to make it in the cutthroat industry that we call fashion.