2010 tipped as a good year for Australian graduates 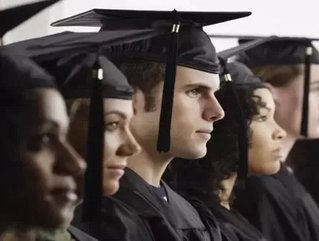 A survey has found 21 per cent of Australian employers intend to increase the scale of their graduate recruitment program this year.

It's a positive turn-around for graduates who suffered a poor 2009 because of the global financial crisis.

The survey, conducted by Graduate Careers Australia (GCA), found 29 per cent of employers scaled back recruitment programs in 2009 as a direct result of the global financial crisis.

Another five per cent scrapped their graduate programs all together.

"It is encouraging to see the graduate employment market is recovering,'' GCA's Bruce Guthrie said in a statement, adding that investing in graduate employees was an investment in the future.


The annual graduate outlook survey, now in its fifth year, also showed employers were looking for graduates with good communications skills above all else in 2010.

Industry knowledge, drive, commitment and attitude were also important, while a lack of enthusiasm and a poor work ethic were most likely to turn employers off.

Around 400 employers took part in the survey.