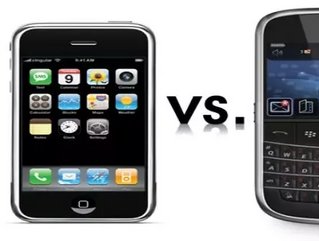 Another RIM customer bites the dust.

Following in the July footsteps of Qantas Airways, Woolworths supermarkets are dropping the Canadian mobile provider for Apple, equipping staff in its 800-plus locations with flashy new iPhone 5s.

The decision to switch over came as a result of the immensely successful iPad trial launched in August. “Woolworths issues 890 iPads to its store managers at its national conference in Sydney,” reported The Australian. “The rollout was greeted with excitement and cheers at the event.

“What the iPads are allowing store managers to do is spread out their work throughout the day. It’s an exercise in getting them out of their back offices and into stores. Most say that are saving eight hours per week.”

According to Mac Daily News, the supermarket chain once deployed more than 700 BlackBerrys, but will issue new iPhones once all old phones have been collected.

The move is yet another blow to RIM (Research in Motion) who have seen many big corporations, including IBM Australia and Qantas, depart this year.

"The iPhone offers a user-friendly interface and simple access to emails, contacts and calendars, as well as meeting all Qantas' security requirements," a Qantas spokesman told Fairfax Media back in July.