Wikipedia to shut down in protest 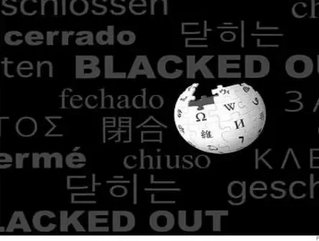 Before you add the word ‘wiki’ to the end of your Google search, check your watch: the website may be experiencing a blackout.

Wikipedia co-founder Jimmy Wales announced via Twitter yesterday his plans to shut down the English version of the popular user-generated encyclopaedia website for 24 hours beginning at midnight tonight EST (4 p.m. AEDT on Wednesday) in opposition of the Stop Online Piracy Act (SOPA).

According to several other websites also protesting SOPA (Reddit, Scribd, Tumblr, Mozilla and Craigslist are among them), the language in the bill is “too broad and could hurt free speech and innovation,” the Washington Post reported.

Eighty-three internet engineers have signed an open letter to Congress opposing both SOPA and the Protect Intellectual Property Act.

“If enacted, either of these bills will create an environment of tremendous fear and uncertainty for technological innovation, and seriously harm the credibility of the United States in its role as a steward of key Internet infrastructure,” the letter said. “The US government has regularly claimed that it supports a free and open Internet, both domestically and abroad. We cannot have a free and open Internet unless its naming and routing systems sit above the political concerns and objectives of any one government or industry.”

Wales told the Washington Post that he expects an estimated 25 million daily visitors will be affected by the blackout.

“This is going to be wow. I hope Wikipedia will melt phone systems in Washington on Wednesday,” Wales tweeted.