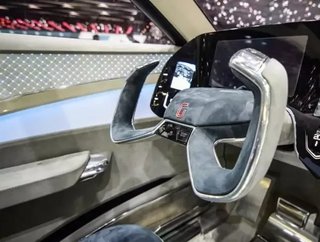 The first driverless cars are set to hit Australia later this year, as this new innovation may change the way we live forever.

The Aussie government recently announced that presentations of these autonomous vehicles are set to take place at the Driverless Vehicle Conference Nov. 7-8 in Adelaide’s Southern Expressway. This could provide increased economic opportunity for South Australia down the line, as the international driverless car industry is anticipated to be worth $90 billion within the next 15 years.

Swedish automobile company Volvo will show off its XC90 SUV, which has a new technology called “intellisafe assist” installed inside it. Under controlled conditions, autonomous Volvos will travel at speeds up to 100 km/h down an Adelaide highway, which will give researchers and regulators a better understanding of what will be needed in the future. The project will also feature a $620 million Darlington Upgrade to the area.

The event will be conducted by the technical advisory organisation ARRB Group, which includes Telstra, Bosch, Flinders University and the South Australian government. Meanwhile, other giant companies such as Google, Tesla and Mercedes-Benz have also been testing driverless vehicles around the globe, while Audi has its sights set on an autonomous A8 limousine by 2017.

The invention is highlighted by several features, including distance alert, speed limiter and a lane-keeping function to create a hands-free environment.  Volvo intends to have over 100 autonomous cars on the road in Sweden by 2017, as the company believes the cars will have enhanced fuel economy, better safety in traffic and a chance to improve public infrastructure.

RELATED TOPIC: This Is Why You Should Buy One of the Sydney Monorail Cars

Penny Gale, the South Australian Royal Automobile Association general manager of public affairs, believes all cars will have the ability to drive themselves to some extent by 2020.

“Removing the need for a driver will open up a whole new transport opportunity for many of our members, particularly people with disabilities and the elderly,” Gale said. “It will remove the reliance on human behavior will undoubtedly save lives.”

The vehicles will feature GPS, 3D laser-mapping and radar to detect the car’s surroundings, which includes traffic lights. The radar technology has the ability to see through other objects up to 200 metres away.

RELATED TOPIC: Behind the wheel of Volvo Group Australia's customer-centricity

Studies reveal that more than 90 per cent are due to human mistakes. The sensors and computers in driverless cars are designed to take action only if there is zero chance of an accident.

There is some risk associated with it however. The potential of hackers manipulating the vehicles are possible, and just like using your computer, there’s always a chance it contracts a virus or doesn’t work properly.

But the idea of getting where you need to go without having to lift a finger is certainly a future to dream about.