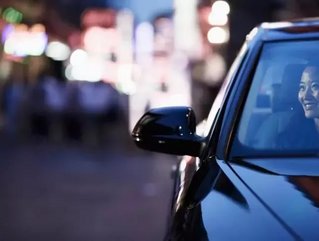 In a press statement on 1 November, Swedish automotive manufacturer Volvo announced that it has partnered with Chinese tech giant Baidu to develop and mass produce autonomous cars for the Chinese market
Volvo said that, together with Baidu, it will begin manufacturing customized, fully electric autonomous cars to capitalise on the forecast autonomous vehicle market boom.
It added that market research firm IHS Markit has predicted, by 2040, 14.5mn self-driving cars will be sold in China, with total global sales of 33mn.
Baidu, with its autonomous driving platform Apollo, selected Volvo as its automotive partner for this initiative as a result of the Swedish firm’s “long-standing safety credentials.”
“With Baidu we take a big step forward in commercialising our autonomous compatible cars, built on Volvo’s industry-leading safety technology,” said Håkan Samuelsson, president and chief executive of Volvo Cars, in the firm’s press release.
See more:
Baidu president, Dr Ya-Qin Zhang, said:
“We are very glad that Volvo Cars has established a strategic partnership with Baidu in the development of a fully autonomous car compatible with our autonomous driving platform Apollo.
“We look forward to working closely with Volvo to provide the world with the safest auto products for the benefit of humankind.”
On 30 October, US firm Ford announced that it has launched a joint project with Baidu focused on testing autonomous vehicles on the road.
The on-road tests for the Baidu-Ford L4 Autonomous Vehicle Project are set to begin by the end of 2018.
SustainabilityManufacturingBaiduAutomotive
Share
Share