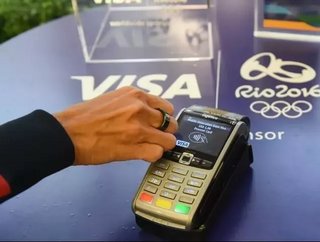 Australians are more willing than ever to embrace new technology such as connected appliances and biometric payments.

According to new research commissioned by Visa, more than a quarter (29%) of Australians are ready to use an internet-connected device, like a smart home virtual assistant or connected fridge to make payments on their behalf. This number has grown dramatically in less than a year, from 12 percent in September 2016.

According to Stephen Karpin, Group Country Manager for Visa in Australia, New Zealand & South Pacific, Australia is on the brink of a new era of commerce. He said: “Australian shoppers are at the forefront of the global evolution of commerce, providing a big opportunity to merchants and financial services providers to similarly lead their international counterparts in innovation.

“Over the past few years, we’ve seen developments that have significantly changed our payment experiences – from Visa payWave to wearables, such as smartwatches and even rings.

“As the Internet of Things and biometric capabilities become integrated into our everyday experiences, we’ll experience a significant shift in how payments are made. In our lifetime, we will see infinitely more choice in how Australians pay, from watches, fridges and mobile phones, to eyes and fingers. And we’ll experience personalisation that we never thought possible, powered by artificial intelligence.”

On a global level, there are currently more than three billion Visa cards, accepted at 44 million merchant locations. Visa has predicted that with the introduction of connected devices and the continued growth of digital commerce, three billion cards will expand into 30 billion different ways of paying and 44 million merchant locations will become 400 million physical and digital acceptance points.

Many of the new payment methods are enabled by the use of biometrics as authentication – the most common example of this being the fingerprint scanner on a smartphone. More than half of respondents surveyed by YouGov (56%) said they are comfortable using their thumbprint, voice or retina for payment. According to the research, the appeal of biometrics is that it is more secure (45%) and the need to not have to remember a pin or password (40%) is driving consumer adoption and readiness.

However, while consumers are keen to embrace biometric authentication, less than half (39%) of respondents were willing to share their personal information in exchange for convenience in payments.