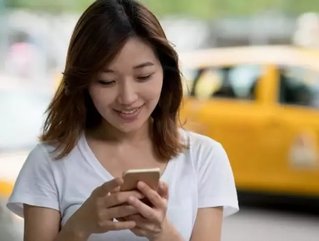 Having previously denied such speculation and stated it would fund more marketing in the region, it has finally been announced that Uber will in fact sell its unprofitable South East Asian business to main rival, Grab.

Uber has officially announced it will sell its operations in the region, and Grab will acquire Uber’s entire service including its meal delivery arm, Uber Eats. This will mean Grab has a monopoly in the 620mn-strong market, which is set to be worth $20.1bn by 2025, according to Bloomberg.

Uber is said to be cutting back on unprofitable areas of business in order to ‘tidy up’ for an IPO set for 2019. It has already sold its unprofitable China business to local rival Didi in 2016, after an unsuccessful attempt in that market.

In a statement, Grab CEO Anthony Tan has said: “Today’s acquisition marks the beginning of a new era. The combined business is the leader in platform and cost efficiency in the region”.

Rumours of an acquisition were initially sparked in February when Uber CEO Dara Khosrowshahi visited Asia. The media was quick to express concerns that such a monopoly would be detrimental to the region.

At this point it was noted that Uber had not only fallen behind Grab but was also suffering due other local rivals in the region, like Indonesia’s Go-Jek.

It was thought that Softbank, an investor in Uber which also had shares in Grab as well as Didi, India’s Ola and Brazil’s 99, was encouraging Uber to sell in the region so it could cut back on losses.

However, Uber was quick to thwart the rumours, saying that not only did Softbank not have a place on Uber’s board with its mere 15% stake, but Uber in fact intended to “invest aggressively” in the area. Khosrowshahi also said “from a competitive standpoint I think we can improve,” citing that the company’s India business had yet to become profitable and faced a similar local rivalry, but was still growing and set to become a success.

Now, however, it has become official the business will be sold, and John Colley, Professor in Practice and Strategy at Warwick Business School feels Softbank has in fact had an influence. “Uber is now under pressure to move toward making money for a 2019 IPO, which has been promised to shareholders. Losses in 2017 of $4.5bn suggest there is a very long way to go first,” he explains, adding: “Softbank has proposed Uber retrench back to Europe and North America where it has a large market share and reasonable prospects…”

In terms of the monopoly many fear, which has prompted some consumers and drivers alike to suggest regulatory involvement, Colley says: “Expect fares to increase and driver pay to reduce as subsidies are withdrawn as the price wars come to an end.”

He adds: “Uber has a long way to go from losses of $4.5bn to justify a price tag of $48bn – the price at which Softbank made its investment in Uber.”