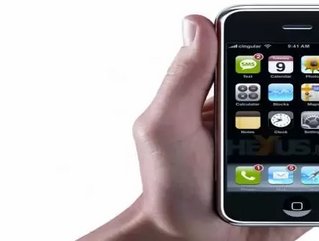 “iAd offers advertisers the emotion of TV with the interactivity of the web, and offers users a new way to explore ads without being hijacked out of their favorite apps”, said Apple Inc. CEO Steve Jobs ahead of Apple iAd’s launch in July. But the question is will Apple be able to win the hearts of marketers? iAd, which requires iOS 4 platform (and it can be updated through iTunes 9.2, iPhone and iPod and iOS 4 will work on iPhone 3G, iPhone 3GS and iPhone 4) will launch mobile ad campaigns from leading global brands including AT&T, Best Buy, Chanel, Citi, DirecTV, GE, J C Penny, Nissan, Sears, State Farm, Walt Disney, Turner, Unilever etc. iAd will reach millions of iPod Touch and iPhone users, which according to Steve Jobs is a ‘highly desirable demographic for advertisers’. He feels that this will also provide developers to make money so they can continue developing free and low cost applications.

The advertisers on the other hand couldn’t feel happier and are lapping up the limitless possibilities of mobile advertising. Apple says that it has got iAd commitments for 2010 totaling over $60 million and that too within just two months of opening up to developers. A JP Morgan forecast on mobile ad spending in the US for the second half of 2010 notches up a figure close to $120 million. So as far as market share is concerned, iAd is not doing that bad! Lisa Caputo, Executive Vice President and CMO for Citigroup, feels that it is the potential for creating outstanding ad campaigns that is luring developers and marketers alike into iAd. “iAd gives remarkable level of creativity for creating ads to connect with our current and future customers in a more interactive style.” Add to this, Unilever CEO Keith Weed’s thoughts: “We are now leading marketing into the digital age where the key will be to unlock the potential of mobile.”

According to GfK NOP, who recruited consumers to trial iAd, the ads prompted a favourable reaction from participants with 84% saying they were likely to recommend the service; but explicit permission to receive text messages was considered to be critical and appropriate targeting of offers to participants is important. With mobile phones becoming ‘smarter’ and handset manufacturers looking to target the new generation of mobile users, is this the much required antidote to the waning mobile advertising industry? In the market already are a variety of Internet applications now available on mobiles, specifically on ‘smartphones’. Smartphones are trying to outsmart each other by becoming slimmer, cooler and sexier. iAd will only add to the package by giving users the feel of audio-visual advertising on a portable handheld device.


NETWORK PROVIDERS NOT TO BE LEFT BEHIND

Mobile network providers are excited about iAd but are wary of information overdose. Says Shaun Gregory, MD, O2 Media, “The potential for mobile advertising is huge and there is a constantly growing number of offerings out there for consumers, so we welcome Apple into the mobile advertising market. Apple will no doubt enhance customer experience, but as well as that I believe privacy is essential. Offering customers the opportunity to opt in to receive relevant messages and offers is key to our strategy. If they don’t opt in then they simply won’t receive any ads.” Vodafone too has jumped onto the iAd wagon and has welcomed Apple’s latest with open arms. Until recently, they were planning to shut down their mobile marketing service but now with iAd in the picture, Vodafone wants to maintain their presence in the mobile ads market.

But Apple’s recent decision to change the terms of its application developer agreement to prevent apps from serving users with ads via the Google-owned AdMob network could prove a step too far and lead to a major rivalry in the field. Services such as GetJar, which recently broke the 1 billion app download barrier, will be keen not to lose out in the competitive marketplace through Apple’s bid for dominance. Indeed, the US regulator the Federal Trade Commission is investigating Apple’s revised developer agreement terms, amid fears that Apple could dominate too much and end up overcharging consumers.

These are tough times for the mobile marketing industry. The major challenge now will be how it responds to a sector that is about to become a more competitive battlefield than anyone might have imagined at the start of the century. It is time for mobile marketers and ad makers to cash in.